This year's Crafts Council conference at RIBA Assemble 2012 will focus on makers' influence on innovation and enterprise and the relationship between making, science and technology. The themes of the day are advanced manufacturing, synthetic biology and the craft of surgery with keynote speakers looking at social media for enabling collaborative activity. The maker's approach has fostered new ways of thinking in scientific and industrial disciplines, and the event is open to all individuals and organisations intended to explore new developments within the industry and how to link their specialist skills to other fields.

The one day event is held on Thursday 20th of September, for more information about the programme and to book please follow this link.
Posted by TED at 05:24 No comments:

TFRC is advertising vacancies for a Manager and a Research Assistant 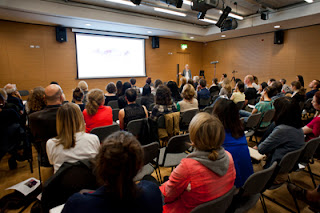 As announced earlier this month the Textile Futures Research Centre at UAL is now advertising for a manager and a Research Assistant to work with the team from October 2012. The job descriptions and application packs can be downloaded online following this link and are also available on Jobsac.
Posted by TED at 06:14 No comments:

TED is looking for an intern to join the team 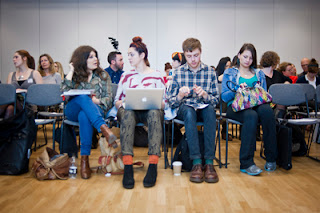 TED is looking for an intern starting as soon as possible for an internship from three weeks up to three months. The internship will be part time and will provide insight into TED's research environment and projects. Travel expenses will be covered. To apply please send a CV with cover letter to ted@chelsea.arts.ac.uk
Posted by Becky at 05:41 No comments: 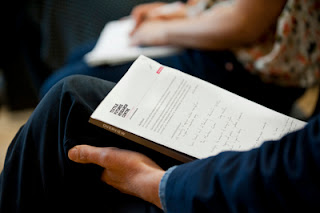 The Textile Future Research Centre at Central Saint Martins College of Art & Design is recruiting two new team members this summer. The ads should go out in August or September and we will keep you updated. Interviews will probably be in September. Watch this space for further updates and the links to the application packs.
Posted by TED at 05:08 No comments:

At Midsummer this year we had the pleasure to host Swedish and Danish MISTRA Future Fashion (MiFuFa) researchers in London for our 24hrs Textiles events at CSM and Chelsea.
The first day started with a tour of the MA Textile Futures show at CSM, led by Caroline Till, and finished with a seminar session entitled When Scientists meet Designers, featuring Alexandra Daisy Ginsberg and Jim Haseloff, chaired by Carole Collet, Deputy Director of TFRC. The lectures concluded with a conversation between the speakers that also included Asa Ostlund, the MiFuFa Deputy Director.

The seminar was perfectly in tune with our four year MiFuFa project. Asa says that 'the driving question that all parties (scientists, designers and industry) have in common within MiFuFa is to reach sustainability in fashion. This is challenging both for designers, social scientists and natural scientists'. Asa pointed out how this relationship between designers and scientists needs to be nurtured in following ways:
• “The way that designers and scientists work together is often an iterative process where the scientists have the knowledge about new materials and the designers have a curiosity and urge to use new interesting materials and explore their possibilities. This process has to be cyclical; material coming from the scientist gets tested by the designer, who gives feedback on what to improve, and the scientist modifies the material to respond to the designer’s request.
• “Scientists often an extra push and new energy into their research when working together with the designer.
• “Regarding the modification of fabrics, such as coloring, printing, or mixing materials together, this process should preferably be done in discussion with a scientist to be able to reach the goals of sustainability. This is important when aiming for recycling the fabrics after use and to be able to close the loop of recycling all textile materials.
• “Both the scientist and the designer can reach new unexplored areas when working together and broadening their view with the other person's vision and experience.”

After an evening of networking and ideas swopping by the Regents Canal, the researchers continued the next morning with a breakfast tour of the Chelsea degree shows. At 11am the group began a workshop with TFRC Director Rebecca Earley – where participants were asked to arrive as sustainable fashion consumers, then become designers, before taking an advisors role. We tried the new TED’s TEN work books out, and asked everyone to make their particular recommendations for achieving systemic change.

The following day after the 24 hours of events we continued brainstorming MiFuFa research with Kirsti Reitan Andersen and Sarah Bly from Copenhagen Business School. Sarah is part of Project 7 looking at sustainable consumption of fashion, while Kirsti is a PhD student from Project 1, focusing on new sustainable business models in fashion companies. We talked about how the TED workshops had explored several important themes over the last five years, and we worked on ideas to reflect and explore these further through co-authoring a paper or chapter in the future.
Our discussions felt like we were beginning to see how to close the loop in engaging with sustainable design in companies, as future fashion needs to push a synergy between the designers, the consumers, and the company. Watch this space for further collaborations in the Autumn… 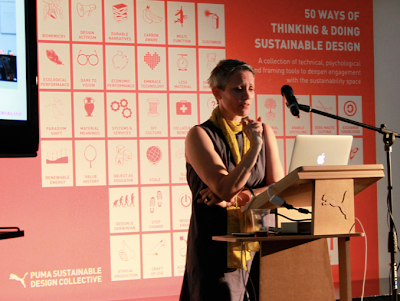 (or stuff better)…' at Puma HQ on June 7th 2012. The presentation looked at 50 ways that designers can design better stuff right now - whilst also being the drivers for broader change in the longer term. Becky used TED's TEN to create a bespoke Puma formula, which focussed mainly on strategies 3, 4 and 5 - on materials, processes and technology.

Dr Jonathan Chapman has been working with Puma since 2010, and devised the Puma Sustainable Design Collective (2012) to bring together a community of designers to discuss and share ideas for change.

Contact Miriam at TED if you would like a copy of Becky's PDF and the notes from the event. 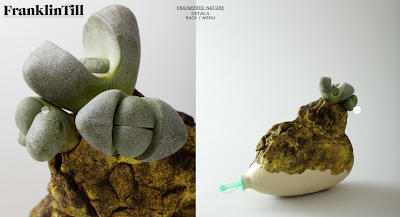 Keep an eye out for the new look TFRC - due to launch October 2012. We are currently working on a rebranding project with the totally brilliant Franklin Till who we recently worked with on the VF Corporation Project - which included a UAL student competition, and curating a Futurewear show for the brands in North Carolina in March this year. Caroline and Kate are amazing at communicating complex ideas in simple and stylish ways - see their work for Viewpoint if you want to see for yourselves! They have been busy interviewing TFRC members and PhD students, and have been getting a feel for the range and potential we have in house.
Posted by Becky at 02:02 No comments:

TFRC’s textile research focuses on Science, Sustainability, and Social Innovation for Future Generations – and this blog relays the stories that connect the members and their projects, as they actively explore these themes through their practice-based research.

Our TFRC Open Lecture series has finished for this academic year. Watch this space, as we will be back in October 2012 with the new programme, including: Well Being and Textiles (December 2012); Swedish Sustainable Design (Spring 2013); and Living Technology & Design (Summer 2013).